From Lake Tekapo I went to Arrowtown and did some nice walks there, it is a tiny little town with two Lord of the Ring Locations. Some Kiwis (=New Zealanders) took me on a tour with their 4 Wheel Drive, it was great!

From Arrowtown I went to Kinloch near Glenorchy. I met a Bolivian guy there and we did the a 4day-walk together. We started off with the Routeburn-Track  and connected after 3 days to the Caples-Track.This Bolivian had a tent and a gascooker and so we camped the first two nights but it was very cold in the morning, somewhere around 0 degrees i reckon. In this valley we camped the first night.

Thats „Lake Harris“, we nearly made it to the top…

On the way there were small waterfalls…

On the third day we finished the Routebourn Track and started the Caples. This day was the hardest because we had to get up this mountain and it was very steep, we were almost climbing. But we made it to the top:

It was already getting dark when we finally reached the hut on the Caples and we met some hunters in the hut. There was even a stove and I was happy that we didnt need to sleep in the tent this night.

The last day was easy, only going down and we came along this nice gorge

After the Track we went back to the hostel, not far away from paradise

Then we drove to Te Anau and saw some other Lord of the Ring locations.

So far i have seen the locations where they filmed Isengard, Fangorn Forest, the cliff where Aragorn fell down, River Anduin and the River where Arwen rides with Frodo being followed by the Nazgul and some other spots. Maybe I upload these pictures sometime…but lets go back to Te Anau. From there we went to Milford Sound on a Boat Cruise:

Thats what I did in the last ten days. Now I will to go the westcoast next, maybe to one of the glaciers or hot pools. 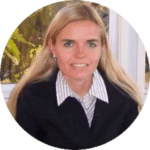